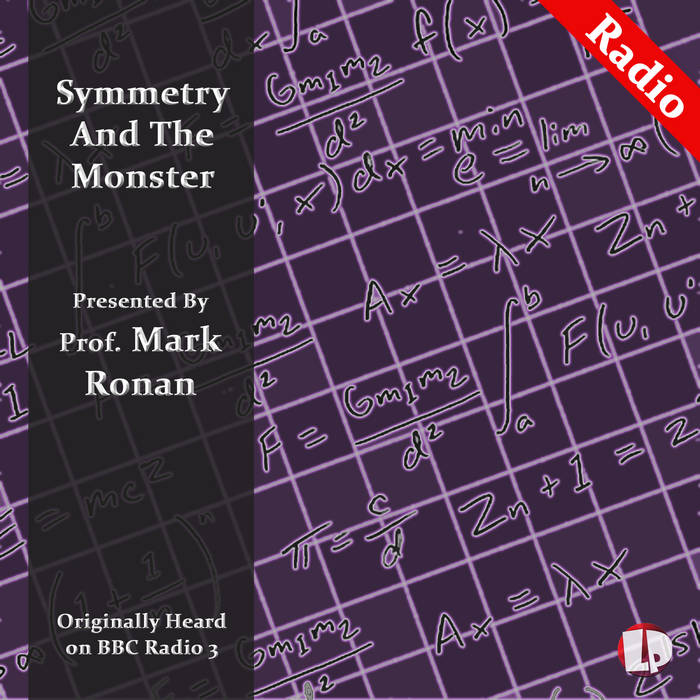 These four essays under the title ‘Symmetry and the Monster’ open up the world of mathematics, and describe one of the journeys which have preoccupied some of the greatest mathematical brains from the early 19th century to now. It’s a chronological journey, presented by Mark Ronan, Professor of Mathematics at the University of Illinois in Chicago, and Hon. Professor of Mathematics at University College London.

He begins the journey even further back than the 19th century, in the time of the Babylonians, who tussled with the increasing complexity of equations. But the start of a new mathematical era was pioneered by a precocious young French revolutionary Evariste Galois, who was tragically killed in a duel at point-blank range at the age of 20 in 1832. He left a legacy in the form of a letter which described his discovery of ‘group theory’ and that became the building block for future generations.

From France the story moves to Norway in the early 20th century when Sophus Lie became fascinated by Galois’ work, and then on to Germany, to the University of Gottingen. But when the Nazis came to power, the Jewish diaspora of the 30’s stripped Germany of its academic stars, and one of its leading mathematicians Richard Brauer set off for North America and settled in Toronto.

The quest started by Galois became ever more complex, as mathematicians followed a multi-dimensional route into what Mark Ronan describes as ‘atoms of symmetry’. And the fourth and final programme shows how the size and range of the discovery emerged into the appearance of the Monster – which needs 196,883 dimensions to live in. And it is the Monster that seems to connect to other branches of mathematics and physics. As one mathematician has said, “I have a hope that sometime in the 21st century physicists will stumble upon the Monster group, built in some unsuspected way into the structure of the universe.”