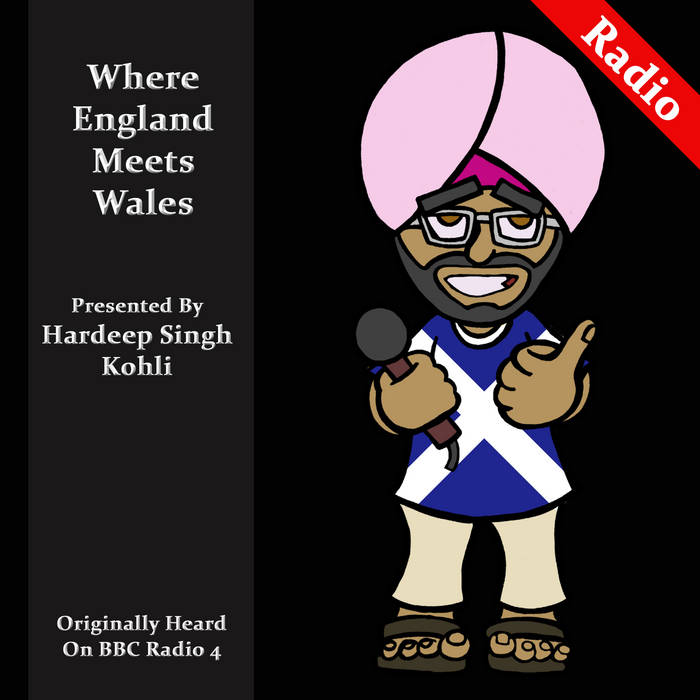 Hardeep Singh Kohli encounters live issues of identity, language, and a turbulent past, as he journeys down the wiggly border between Wales and England.


The Border between England and Wales wiggles its way from the Dee just south of Liverpool to the Severn at Chepstow. Its 160 miles long and Hardeep Singh Kohli journeys down it in two programmes, exploring its turbulent past, and its changing present. Since devolution, it has a new significance, with the Welsh Assembly implementing policies which add interest, and sometimes, confusion, to those living around the Border. But Hardeep also has time to explore its rich heritage, from the massive castles left by the invading Normans and English, to the areas of outstanding beauty from the Brecon Beacons to the Forest of Dean.

In the first programme Hardeep arrives at Flint Castle, the hefty stone marker put down by Edward I when he decided that the Welsh needed to be brought to heel. The Labour peer Lord Barry Jones has lived in the Flint and Deeside area all his life, and talks to Hardeep about the industrial crash in the 80’s and the new developments.

A Welsh Assembly priority was to put the Welsh language literally on the map. Its bilingual policy is evident in the road signs, as Hardeep meets a group of Welsh speakers. The Borders have fewer Welsh speakers, but with Welsh a compulsory language up to GCSE, ‘Hello’is becoming ‘Boreda’.

Hardeep also encounters two massive artefacts - first the Pontcysyllte Aqueduct, built in the early 19th century, and the much earlier earthwork, the dyke masterminded by King Offa 1200 years ago. The dyke only survives in chunks these days, but, says expert Ian Bapty, ‘We all have Offa’s Dyke within us!’