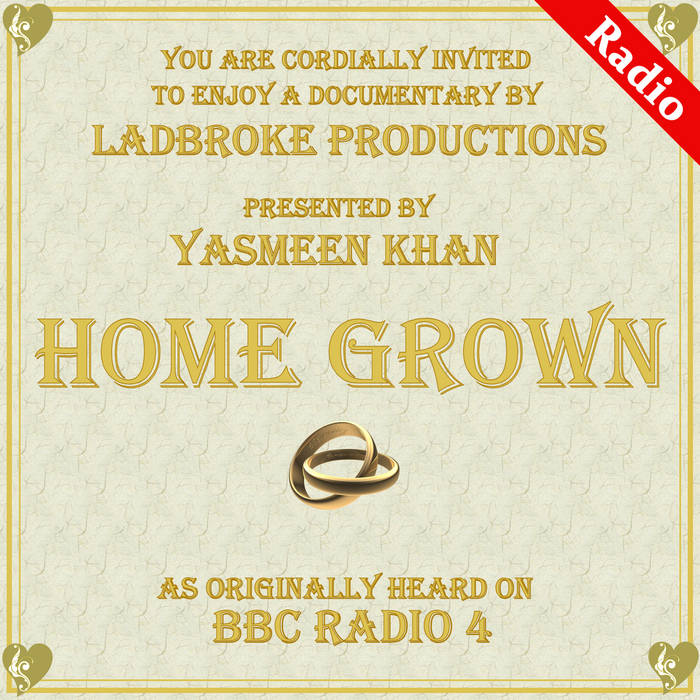 Yasmeen Khan investigates the growing trend amongst British Asian men to marry women from their native countries...forget arranged/forced marriages, this is something completely different!

This cultural phenomenon is unique to the second generation of British Asians; while it could be expected that those born in Britain would seek partners from a similar background or even increasingly 'marry out' of the culture to a White partner, few would have predicted that a generation would end up struggling with a culture and identity that left them choosing a partner from their parents' country of origin.

Broadcaster Yasmeen Khan, who has written on Asian dating both from a personal and journalistic perspective uncovers why many young British Asian want a 'home grown' girl; many of whom are just as educated and professional as their British Asian peers. She travels around the UK and asks young British Asian men and women what their expectations of a partner are, whether they find it hard to juggle their own desires with that of their parents and community, and of the men who brought over a wife from 'back home', did the match live up to expectations? And Yasmeen seeks to discover if there is a fundamental problem between British Asian men and women when British Asian clerics have to run marriage seminars telling young men not to be intimidated by their female peers?

N.B. Some music has been edited from the original broadcast version due to copyright permissions.