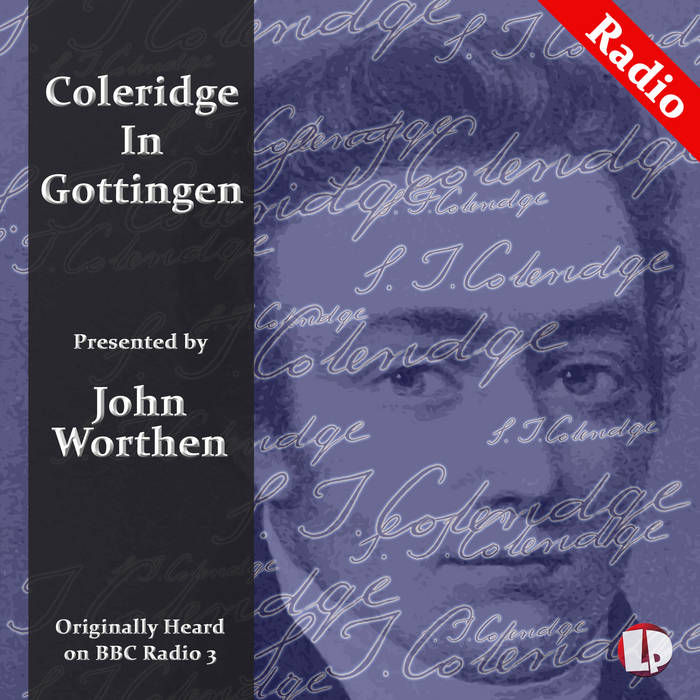 German writers and thinkers made a huge impression on Coleridge during his stay in Germany in 1798 and 1799. John Worthen recalls the places and people the poet experienced.

When William Wordsworth and Samuel Taylor Coleridge decided to leave Somerset in 1798, they set off together for Germany. Wordsworth retreated to a cottage in Goslar where he stayed with his sister Dorothy and began to write the poem that, published posthumously, would seal his reputation - The Prelude. In direct contrast Coleridge threw himself into the life of intellectual society at the University town of Gottingen, learning the language, reading the leading German Romantics Goethe and Schiller, and steeping himself in the philosophical thoughts of Kant and Schelling.

When he returned to England he brought back a deep knowledge of the German Romantic movement which informed his future writing and his influence on the writers and thinkers who visited him.

John Worthen travels to Gottingen and walks in the footsteps of Coleridge, a task made easy in that Coleridge wrote copious notebooks which recorded everything - from his enjoyment of the German beer, to the lectures he attended, and his love of the countryside.

John Worthen travels into the Harz mountains and up the highest peak, the Brocken, which Coleridge scaled twice in the hope of catching sight of the spectre and the setting for Goethe's Walpurgisnacht in Faust.

In Germany he talks to Professor Barbara Schaff, lecturer in English literature at Gottingen University, as well as to German students who are studying the Romantic poets. In England he meets Dr Seamus Perry of Balliol College Oxford in the British Library, where they handle the treasured notebooks that Coleridge filled with his observations. He also talks to Professor Timothy Fulford of Nottingham Trent University about the legacy of Coleridge's German visit in his own and others' writings.