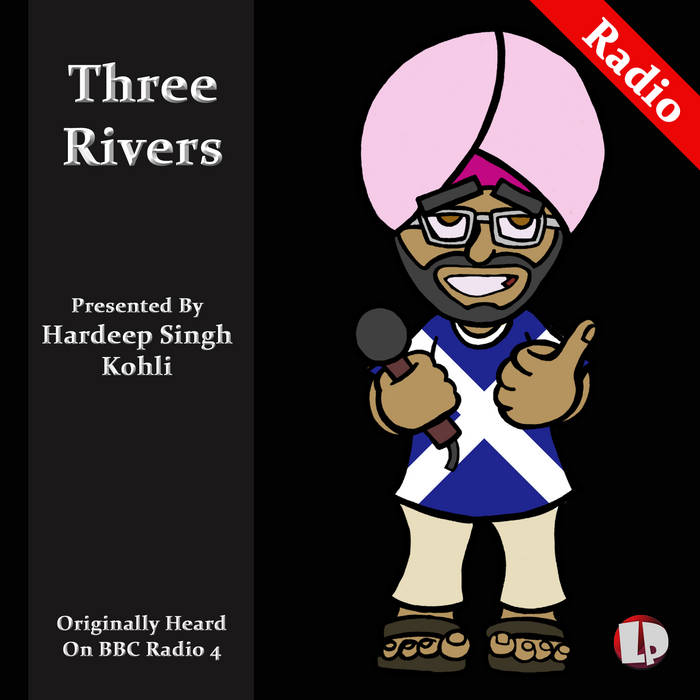 In the second of his series on ‘Three Rivers’, Hardeep Singh Kohli finds far more to the Mersey than the river that flows through Liverpool. There are fish in it that weren’t there 10 years ago, wild birds abound, and it starts officially behind Sainsbury’s in Stockport.

Up in the Peak District, Hardeep Singh Kohli looks for the stream of water that is the River Goyt, the main tributary of the Mersey. The beauties of the Goyt Valley are light years and miles away from the urban landscape through which much of the Mersey threads its way – Stockport, Greater Manchester, Warrington, and Liverpool itself. This is the second of Hardeep’s ‘Three Rivers’, and he travels down it – or beside it – from source to sea.

Along the way Hardeep alights at Stockport, which is the official beginning of the Mersey, and spots the plaque which announces that fact hidden behind a branch of Sainsbury’s. His companion here is the river photographer and local historian Aidan O’Rourke, and a bit further on he meets Katherine Causer. 20 years ago the Mersey Basin Trust was formed to clean the river from the legacy of the industrial effluent that poisoned it. There are fish now, including salmon, that make the journey up the river, and Katherine talks about the work of the Environment-Agency, which aims to improve not just the water but the total river environment.

There are still many though who reckon the Mersey begins and ends in Liverpool. Dave Hall who runs the Jackson’s Boat pub in Greater Manchester often has to enlighten visitors. From there Hardeep ventures on to the Manchester Ship Canal and finds it carrying cargoes of everything from coal to wine. And then it’s on to Liverpool itself. Many of its docks are now transformed by residential development, while the Albert Dock has become a showpiece with Liverpool Tate Gallery at its centre, but further west docks still welcome shiploads of containers.

Hardeep talks to the ferry captain about the changes he’s seen over the years, and takes his binoculars to spot some of the new birds and wildlife that have made their homes around the Bay.