The Loneliness Of The Goalkeeper 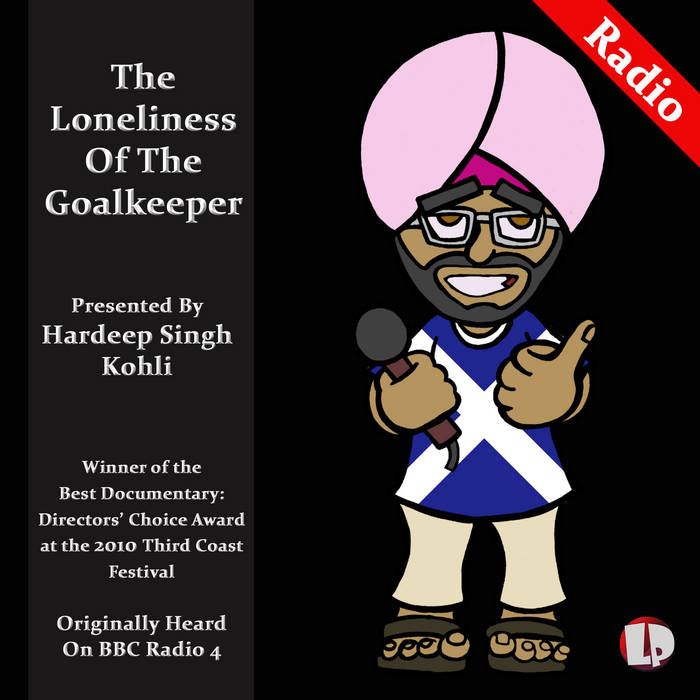 Hardeep Singh Kohli, former goalie for St. Matthews in North Glasgow, remembers the loneliness of being a goalkeeper, the player who spends 90 minutes mostly looking at the backs of his colleagues. They call it a team sport, but for the goalie it's a life of inaction interrupted by moments of frantic, flapping activity, occasionally bordering on near-suicide.

Hardeep speaks to former Arsenal and Scotland Keeper, Bob Wilson, on the courage and determination required to withstand the public criticism and the ostracism by team-mates when things go wrong for the goalie. “A striker can miss nine sitters then score one to save the match and he’s the hero. But it’s the opposite for goalkeepers who can spend the whole game saving the team from embarrassment time and time again – then make one mistake and he’s the villain.”

Horrendous goal-keeping moments are remembered - when Paul Robinson kicked the air rather than the ball and gifted Croatia a second goal, or David Seaman pedalled backwards and failed to prevent Ronaldinho’s long range free kick from bouncing into the net . These are the moments that the goalkeeper fears. They will never be forgotten, and thanks to the internet & TV clip shows can be seen again and again. Hardeep talks to goal-keepers - amateur, professional, aspiring - and asks what made them choose this challenging, not to say hazardous role. (Being a Scottish 'keeper he invites ridicule upon himself).

He charts the swift progress for many goalkeepers from hero to zero - such as Jens Lehmann brilliantly saving the vital penalty that took Arsenal into the Champions League Final, but then blundering against Blackburn in the current season. Arsene Wenger has still not forgiven him - he is officially zero. Hardeep also investigates the psychology of the goalkeeper. He talks to Jem Wall, an actor about to stage Peter Flannery’s one-goalkeeper play, “The Boy’s Own Story”, and goalkeeping coach for his son’s team. The play follows in real time a game in which the keeper fantasises about his match-saving talents but is ignored by the rest of his team and left lonely in the huge 192 square foot goal to consider the injustices of his existence. So is it life’s misfits and mavericks who end up between the sticks? And why on earth would anyone want to do it?

With help from the wit and wisdom of Gordon Banks, Bob Wilson, Albert Camus, Vladimir Nabokov and other famous goalies, Hardeep finds out about “The Loneliness of the Goalkeeper”,