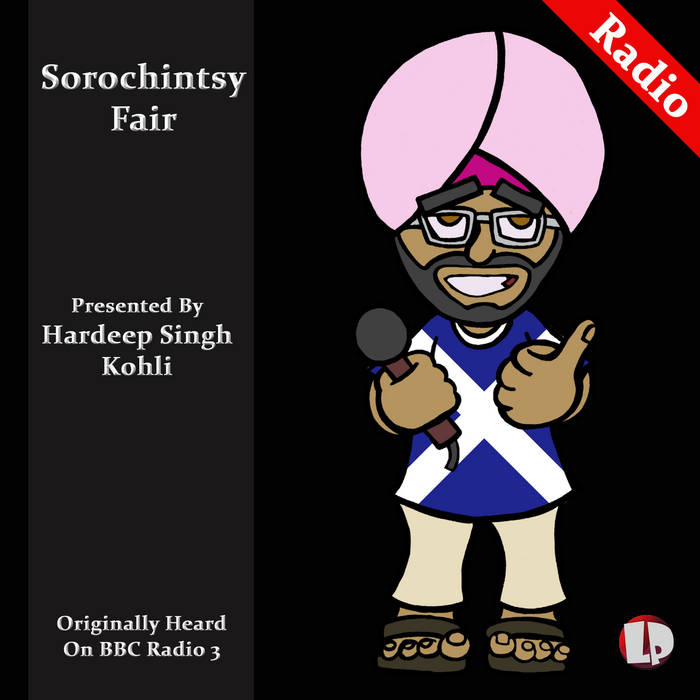 ‘Sorochintsy Fair’ was the opening story of the Ukrainian writer Nikolai Gogol’s first collection of folk tales, and the fair, which still happens annually, is the starting-point for writer and broadcaster Hardeep Singh Kohli’s journey into the life and work of Gogol on BBC Radio 3.

Hardeep travels to the Poltava region south east of Kiev, and visits the jostling, noisy fair, which celebrates the music, dance, food and crafts of the region, and which this year also pays tribute to its famous author, with an actor as Gogol leading a procession of his characters. From here Hardeep continues his quest to find some answers to this extraordinary writer’s strange life and inimitable work.

Written as it was in the 1830’s and 40’s, at the very dawn of Russian literature (Gogol was born just 10 years after Pushkin, the founder of Russian literature), Hardeep is continually struck by the direct contact Gogol makes with his reader, and by the vitality and modernity of his writing. By the time the folk tales of his native land were published, Gogol was already living in St Petersburg, and from there he travelled into Europe and back to St Petersburg and Moscow, only rarely returning to his family estate just a few miles away from Sorochintsy.

His writing, bursting with detail and comedy, became deeper and more complex, and mercilessly exposed man’s frailty, vanity and hypocrisy. His one full-length play ‘The Government Inspector’ is constantly revived and is considered a comic masterpiece. His one completed novel ‘Dead Souls’ is thought by many to be a turning-point in novel-writing, opening the way to successive Russian writers and leading to Kafka. And the stories such as The Nose, The Overcoat and The Diary of a Madman combine minute comic observation with lunacy, despair and the grotesque. They prefigure Gogol’s eventual death, when religious mania and illness overtook him at the age of 43, and in despair at his lost genius he burnt the second volume of his planned trilogy ‘Dead Souls’.

Accompanying Hardeep on his Gogolian journey are Ukrainian author Yuri Andrukhovych, Alistair Beaton, the humorist and translator of R3’s ‘The Government Inspector’, Professor Robin Milner-Gulland, and, in the Ukraine, the Deputy Director of the Gogol house and museum, and the Professor of Russian literature at Poltava University.