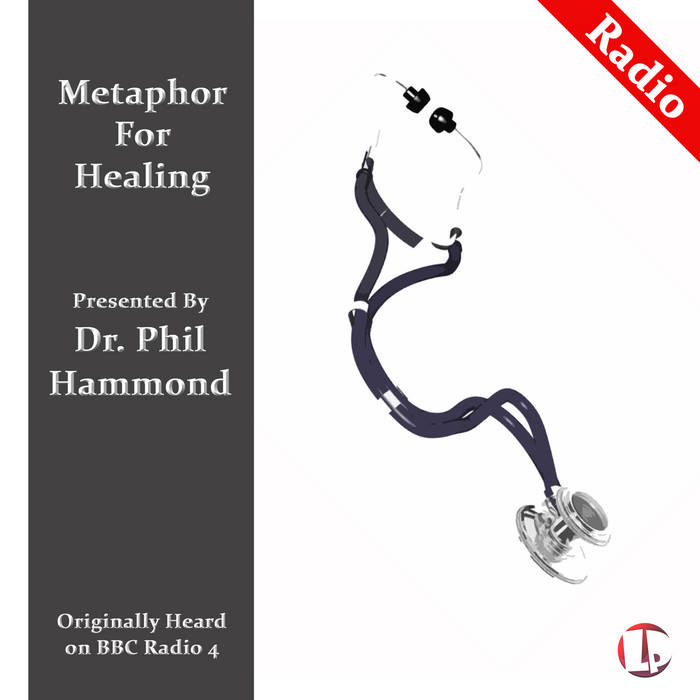 Phil Hammond finds out how the use of metaphorical language in health care is increasingly accepted as a powerful aid to healing.

The transformative power of the right metaphor, long exploited in poetry, politics and marketing, is increasingly recognised in health care, coaching and therapy, engaging the unconscious to activate self-healing, reclaim optimism and fuel the imagination with the energy necessary to attain the desired goals.

Investigating the healing power of metaphor in interviews with patients, doctors, coaches and therapists, Dr. Phil Hammond discovers why doctors should pay closer attention to the answer to their routine question: what does it feel like? He is persuaded that we the public should be wary of metaphors used by others to describe our health problems and their solutions – and why developing our own metaphors could give us the best chance of recovery and healing.

He looks at the inter-therapy debate about metaphor since the psychiatrist Milton Erikson first discovered the usefulness of investigating the description of one thing in terms of another. Above all, he confirms what he says he already knew from his experience as a comedian, writer, broadcaster, doctor and parent: the central importance of story-telling as a means of conjuring up metaphor and thereby adding meaning to our lives.

Among those Phil talks to are Dr Grahame Brown, musculo-skeletal specialist at the Royal Orthopaedic Hospital in Birmingham. He quotes evidence to show that using language alone, including the use of powerful metaphors, helps him save 100 people from surgery for every six that truly need joint replacement. Phil also meets Jan Alcoe, who decided, when being treated for cancer, that she didn't want to hear her doctors' version of the story about her therapy: the toxic chemicals, the depressing survival statistics. Creating her own metaphors allowed her to believe in the healing potential of her body, and, she believes, enhanced her recovery. Dr John Launer, senior lecturer in primary care at the Tavistock and author of the influential book, Narrative Based Primary Care, explains the new and growing field of narrative based care.