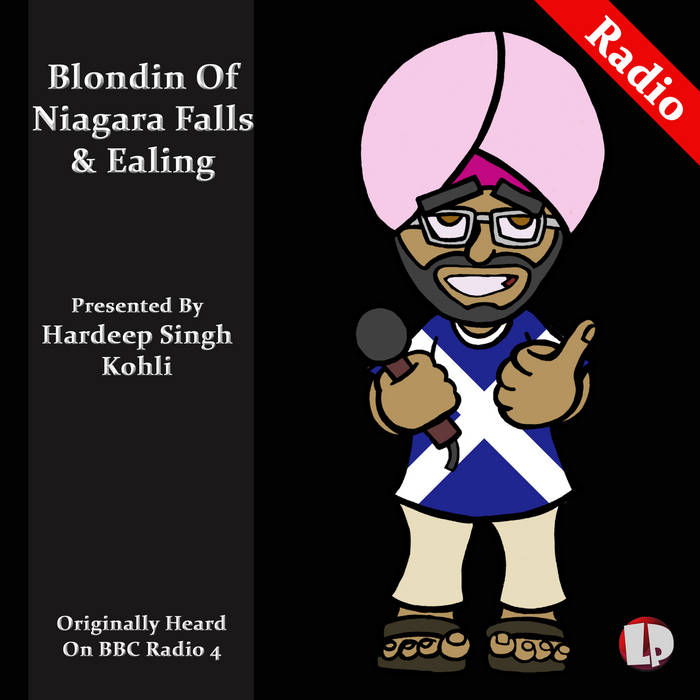 Hardeep Singh Kohli walks in the footsteps of the famous tightrope walker Blondin, to mark his first crossing of Niagara Falls 150 years ago. Hardeep’s rope is only a couple of feet off the ground, but it’s a start.

Tightrope walking has been practised since the time of the Ancient Greeks in 2000 BC, and it is still a major attraction. Philippe Petit’s achievement of walking from one of New York’s Trade Towers to the next was garlanded with an Oscar for Best Documentary at the Academy Awards earlier this year, and new challenges are tested by the growing numbers of those who are driven to cross a chasm on a sliver of rope.

In ‘Blondin of Niagara Falls and Ealing’, the 1100 feature on Friday 24th July on BBC R4, Hardeep tells the story of Blondin and begins in the cemetery at Kensal Green in London, where Blondin is buried in a splendid grave with his two English wives. There, Hardeep meets Hermine Demoriane, the singer and former tightrope walker who ran away to join a circus, and has since devoted much of her time to making sure the feats of Blondin are remembered.

Blondin, who was born in France, was always keen on turning his talents into commercial success, and crossed Niagara Falls a further 16 times after his first crossing on June 30, 1859. He transferred his talents to this country at the Great Exhibition of 1851 and continued his feats all over the world until his final walk in Belfast in 1896 at the age of 73, half-blind and no longer the slender athlete of his youth. By then he had settled into the English way of life and lived in Ealing in Niagara House.

Hardeep takes his duties seriously, training amongst the students at one of the country’s leading Circus academies, and then setting off for Zippos Circus to meet Los Marinhos – Ernesto and his son Chico. As nimble as any gymnast, Hardeep ascends to the platform 27 metres high, but, alas, finds his safety harness gets in the way of any further endeavour. Back on firm ground he wonders why Los Marinhos do not use a safety net. ‘It’s much more exciting for the audience,’ says Chico, before admitting he once fell off, but the ground was so muddy, ‘it was like falling on to a mattress’.

The leading ropewalker of the day Philippe Petit recalls his journey across the Twin Towers, and Britain’s most experienced slackline walker Jon Ritson, talks about his attempt at crossing the Cheddar Gorge. Slackline walking, where the rope is not stretched tight and tensioned by additional wires, is a growing sport, and was started by climbers who dreamed up the challenge of not just climbing up a sheer face, but crossing it as well.

It’s a long way from the smell of the greasepaint and oohs and aahs of the crowd at the circus, but the feeling is the same for all those who hazard their human fallibility against the forces of gravity. They all admit to exhilaration, a feeling of being supremely alive as they step along a rope stretched high above the ground.