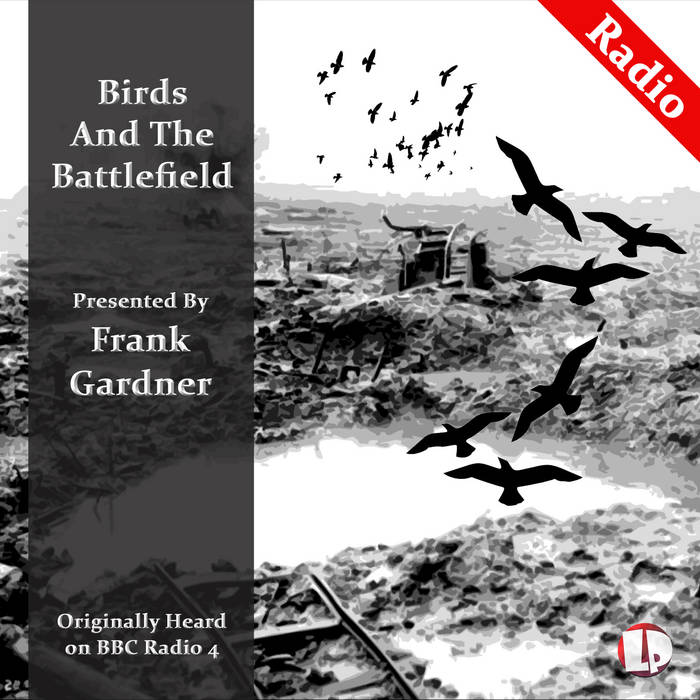 BBC Security Correspondent Frank Gardner, himself a bird watcher, looks at the sometimes surprising links between soldiers and birds and the comfort soldiers get from such an interest in times of extreme stress. It’s a thread that can be traced from those who served in the trenches of the Western Front in the First World War, through other twentieth century engagements, to those now serving in Iraq and Afghanistan. This feature uses letters from the Front, poetry, music and birdsong in combination with interviews with today’s servicemen and women.

Sergeant John William Streets of the 12th York and Lancaster Regiment and Sergeant Geoffrey McMullen of the Royal Artillery - two sergeants separated by a century but with the same passion for birds. John William Streets was killed on the first day of the Somme offensive and his poem, A Lark above the Trenches, published posthumously. Geoffrey McMullen talks directly to us about how when he wakes early in the Iraqi desert he is convinced he is hearing a flute but it is in fact the morning song of the hoopoe lark.

Surgeon J.M.Harrison, who lost his ornithological diary when his ship was sunk in the Aegean in 1918, considered the opportunity to encounter new birds a consolation for foreign service in war time. Surgeon Commander Philip Jones tells us how, in 1982 when serving on the Canberra in the Falklands, the short breaks he had between operating on the injured were spent cleaning oil off diving petrels and how this latter activity kept him sane.

Field Marshal Lord Alanbrooke, chief of staff of Britain’s armed forces at the time, writes in his diary during the Second World War how birdwatching ‘made Winston and the war disappear in a cloud of smoke. It was like rubbing Aladdin’s lamp, I was transported to fairyland and returned infinitely refreshed and re-created’. There are other stories too - of John Buxton, in a German prisoner of war camp, who organised his fellow prisoners in a round-the-clock watch of a pair of redstarts and subsequently wrote the definitive guide to the bird. Frank Gardner himself adds detail of his own experiences birdwatching in Basra soon after the invasion of Iraq.