A Failure To Provide? 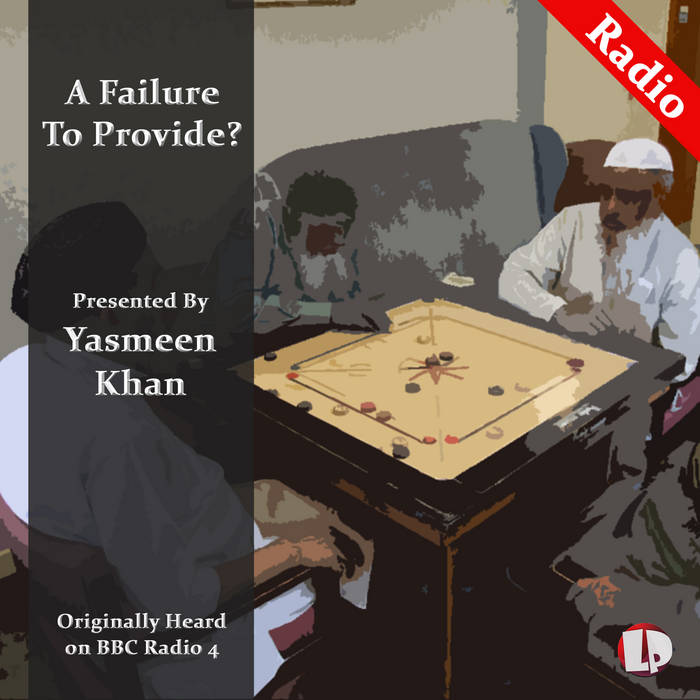 The demands on second and third generation young British Asians have brought about a crisis in their ability to care for their elderly relatives. In ‘A Failure To Provide’ investigative journalist Yasmeen Khan explores the options - from abandonment to sending them back ‘home’!

The tradition of children caring for their elderly parents and relations is part of the culture of South Asians. But conventional family structures are breaking down, and more British Asians are living away from home. No one is left to care for their elderly parents. Many Asian elders regard seeking external help as shameful and a sign of family failure and consider going into a care home as abandonment by their children. Faced with increasingly different lifestyles to their parents, second and third generation young British Asians are now sitting on a ticking time-bomb with regard to elder care. Elderly parents are often left to while the days away at the local mosque or temple, or are even shipped off to the new phenomenon of ex-pat care homes in India and Pakistan.

Provision for Asian elders in the UK is poor, with the majority provided by under-funded voluntary organisations. Yasmeen Khan, herself facing these issues with her own parents, examines the slow, painful shifting of family and cultural patterns in Asian communities that will see a huge jump in demand for targeted elder care. This is a largely unreported topic, and is a constant cause of private concern for second generation British Asians. Yasmeen travels around the UK, from Battley to Manchester, Birmingham & Coventry to Newham & Tower Hamlets, to meet with British Asians of all backgrounds and faiths, to learn first-hand their experiences, fears and solutions to the issue of elder care. From national and local government policies and schemes, through to regional voluntary organisations, Yasmeen investigates what is being done to ensure that the religious and cultural needs of elderly British Asians are being provided for within the care community.

As much a personal journey as a journalistic one, just what is the state of care provision that Yasmeen will find?