The Woman In White by Wilkie Collins 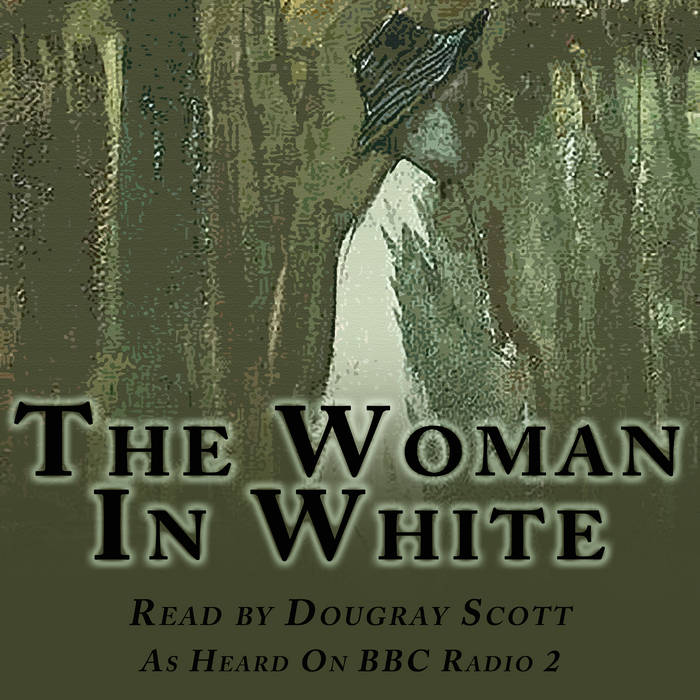 The life of art teacher Walter Hartright changes forever following his midnight encounter with the spectral ‘Woman In White’ on a lonely moonlit road. The meeting unleashes a chain of startling events that encompasses espionage, fraud, conflagration, body-swapping, drugs, forgery and murder - quite a heady cocktail of vices for its mid-Victorian audience.

Described as the first detective novel in the English language, the book was a bestseller from the moment of its publication in 1860 - a popularity which continues to the present day in the form of the recent Andrew Lloyd Webber musical adaptation which opened in London with Michael Crawford taking the role of the corpulent villain, Count Fosco.

"The Woman In White" has lost none of its power to shock, startle and entertain after almost 150 years.

Wilkie (William) Collins, the inventor of "Make 'em cry, make 'em laugh, make 'em wait" books, was born in London. His father (also called William) was a landscape painter, but it seems his father had ambitions for his son outside the arts. Wilkie was first found a place in the tea trade, but displayed no aptitude for commerce. He then studied law at Lincoln's Inn; he was admitted to the bar in 1851 but didn't prosper there either. It was only when he started writing that he seemed to find his vocation.
His first published work was written in memory of his father, who died in 1847. Memoirs of the Life of William Collins, Esq., R.A. was published in 1848. He started writing fiction shortly afterwards. Antonina was published in 1850 and Basil in 1852.
In April 1852 Wilkie wrote a piece for Charles Dickens' weekly, Household Words. This marked the start of a professional relationship which was to last for ten years, during which time they also became firm friends.
Wilkie was immensely popular in his time, and wrote 25 novels and over 50 short stories. His most successful works were The Woman In White, No Name, Armadale and The Moonstone. He was one of the first writers of mystery fiction, and has been much imitated over the years. Wilkie Collins died in London in 1889 and was buried there in the Kensal Green Cemetery.

"Let me send you my heartiest congratulations on your having come to the
end of your (as yet) last labour, and having triumphantly finished your best book."
-Letters, 07/29/1860 Charles Dickens

"To Mr. Collins belongs the credit of having introduced into fiction those most mysterious of mysteries, the mysteries which are at our own doors."
—Henry James

Illegitimacy, mistaken identity, insanity, inheritance, drugs, adultery, crimes of passion—all of these lurid features of Victorian life were Wilkie Collins's stock in trade. With The Woman in White Collins created the archetypal sensation novel, spawning generations of imitators.
The Woman in White was an enormous success, prompting long lines at the publisher's offices and even inspiring a popular song, the "Woman in White Waltz." Collins earned a large advance for his next novel, securing his financial independence from his mother (who was the model for Hartright's impulsive, childlike mother in the book, just as Hartright was modelled in part on Collins's anxious, conventional brother). Readers were especially intrigued by the character of Marian Halcombe, whose charm, wit, independence, and ugliness probably have their roots in Collins's friendship with fellow novelist George.

The story was filmed in 1948 in an adaptation starring Sydney Greenstreet, Gig Young and Eleanor Parker.

The narrative starts with Walter Hartright's midnight encounter on a lonely road with a mysterious and distraught woman dressed entirely in white, whom he helps escape from her pursuers. When working as a drawing master in the family of Mr Fairlie, a selfish hypochondriac, he falls in love with Fairlie's niece, Laura, who strikingly resembles the woman in white. She returns his love, but is engaged to Sir Percival Glyde, whom she marries. It comes to light that Sir Percival, who is impecunious, married Laura to get at her wealth, and confined Anne Catherick, the woman in white, in an asylum for knowing a secret about him whose revelation he is determined to prevent. Unable to get Laura to part with her money, he has her confined in the asylum as Anne Catherick, while Anne Catherick, who has died, is buried as Laura Glyde. In all this, Glyde is assisted by the corpulent Italian count Fosco, and the rest of the book describes Hartright's efforts to prove Glyde and Fosco's wrongdoings, while restoring Laura to her rightful place at Limmeridge Hall.

"It is a book which made an era in novel-writing, and may be said to have opened up a whole new view of the art....[T]he author has been able to combine a very true and noble feeling with his more compassionate and tragical interests."
-Contemporary Review, April 1888* Harry Quilter

"Think of a whole day in bed, a good novel for a companion. No cares: no remorse about idleness; no visitors: and 'The Woman in White'...to tell me stories from dawn to night!"
-Cornhill, August 1862 William Makepeace Thackeray

“The Woman in White” is Andrew Lloyd Webber's eagerly awaited new musical starring Maria Friedman and Michael Crawford. Freely adapted from Wilkie Collins's sensational Victorian thriller, The Woman in White brings to the stage a plot of terrifying brilliance. A handsome young man is stranded at a remote railway cutting. Out of the darkness looms a woman, a mysterious figure dressed in white, who burns to tell a chilling secret. Two sisters find themselves snared in a web of betrayal and greed, the victims of a flawless crime. Unprotected in a man's world, they will need all their resourcefulness and courage to outwit a villain of overpowering charisma and ingenuity. But they can also rely on the guiding hand of love.

Wilkie Collins' The Woman in White is the first and most influential of the Victorian sensation novels, and quickly became a phenomenon. Since its publication in 1860, it has never been out of print and generations of readers have been thrilled by its suspense and excitement. Now London theatre audiences can look forward to seeing it brought to life on stage!

Scottish actor Dougray Scott first reached American multiplex audiences in the 1998 movie “Ever After” in which he starred as Drew Barrymore's fairy tale prince.

Born in Fife on November 25, 1965, Scott was raised in a family of non-actors. His own interest in acting was routinely discouraged by various schoolteachers, but after graduating from the high school he attended in the small town of Glenrothes, he trained at the Welsh College of Music and Drama, where he was named "most promising student." After beginning his professional career on the stage, Scott got his first significant break in 1995 when he was cast on the popular TV series “Soldier, Soldier”. He then won a measure of notoriety for his role as a thoroughly corrupt Welsh cop in Kevin Allen's “Twin Town” (1997), a black comedy that was a sleeper hit throughout Britain. Scott's work in the film also caught the attention of certain Hollywood casting directors, who chose him for his plum role in “Ever After”.

After returning to Scotland to portray a corrupt businessman in “Gregory's Two Girls”, the sequel to Bill Forsyth's “Gregory's Girl”, the actor appeared as part of a strong ensemble cast in the low-budget film “This Year's Love”, which cast him as a womanizing artist.

Having proven himself adept at portraying morally questionable characters, Scott gave villainy another go in John Woo's “Mission Impossible 2”, in which he starred as a former IMF agent gone bad.