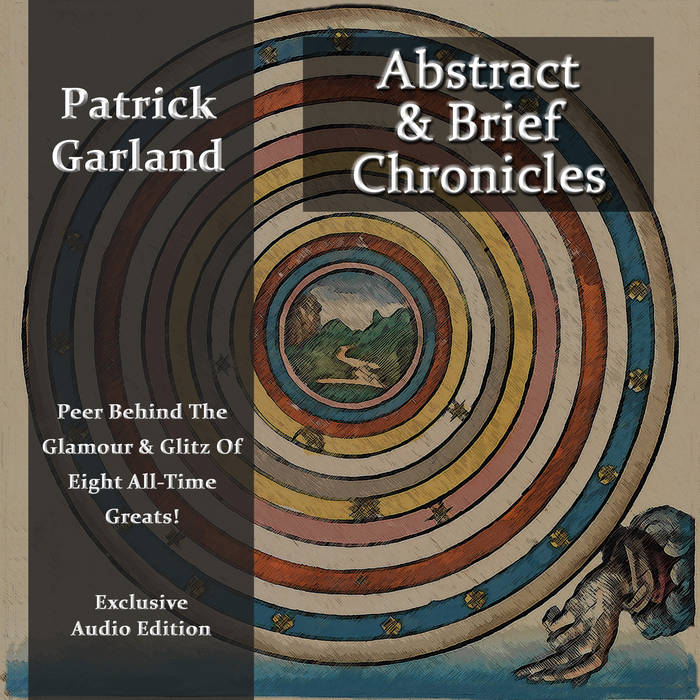 Patrick Garland has worked with all the greats of the British stage - Gielgud, Richardson, Dame Edith Evans, Sybil Thorndike, Arthur Marshall, Coral Browne, Robert Atkins and Noel Coward. And now he's decided to peer behind the glamour and glitz and tell us what they were really like.

It's glaringly obvious, but a lot of people, me included, often forget that actors make a living playing other people, and what we experience on the screen or TV or radio isn't actually them. Some actors are cast closer to type than others, but essentially they're just allowing someone else to inhabit their bodies for a while. And some manage this so convincingly that the actor and the role fuse into one in the audience's imagination. Meanwhile, away from the spotlight, their private lives can be spectacularly dull, and they only come alive in front of the camera or microphone.

The eight subjects of Patrick Garland's brilliant essays definitely don't fall into this category. Off screen, they were as brightly plumed as ever they were on it - and what a stellar cast he's selected!:

They were not just the royalty of the British stage from the 1930's to the 1960's, they were its gods and goddesses, still as fascinating now as they were in their glorious heyday.

Patrick actually worked with all these theatrical greats, and while your average stage memoir is, shall we say, somewhat embroidered, this by contrast is the real deal. And the great thing about Patrick is that he can impersonate them all with uncanny accuracy. Listen to the trailer here on beautifulsounds and hear his Edith Evans - you'll swear it was her. The anecdotes keep tumbling out, each as outrageous as the next. John Gielgud's frequent, jaw-dropping faux pas are a particular highlight; then there's Coral Browne's bad language, Dame Edith's parsimony, Marshall's incredible war record, and my particular favourite - Noel Coward's touching and unprompted summation of his career after being elbowed out of the way by a clumsy but apologetic stage hand.

And of course you know already that Patrick's chosen series title, "Abstract & Brief Chronicles", is a quote from "Hamlet", a phrase in which the Prince of Denmark is describing members of the acting profession. His actors may have been "abstract and brief chronicles of the times" - but these eight surely are for all time.